African Igbo Calendar is an agricultural and spiritual calendar based on creation, and Irindi (new yam), and dates prior to the introduction of The Anno Domini dating system (A.D.) which was devised in 525 by Dionysius Exiguus to enumerate the years in his Easter table. Most Igbo cultures and tradition are very similar with subtle differences. What we have done with the African calendar is to showcase the true primordial genesis of African Igbo dating system and its spiritual and agricultural relevance drawing from commonalities instead of any point of dissimilarity. It is said that all human systems are products of religion, and Igbo dating system is part of this cauldron of human systems. Apologists write about Igbo calendar by overly emphasizing similarities with Gregorian calendar in their quest validation of African calendaring systems in sub-Saharan Africa.

W.E.B. Du Bois wrote, “African unity will come to be when each community, clan or ethnic group gives up a part of its culture for the good of the whole. That is what unity is, what real Pan-Africa is”. This what we have attempted to do with the African Igbo Calendar to show the world that sub-Saharan Africa has always been capable of original thinking, and also use this calendar as a tool to unite all people of African ancestry under a common cultural focus. The Chinese celebrate the “Chinese New Year” based on their calendaring system and culture which unifies all People of Chinese ancestry all over the world. We can do the same. With the global incursion into the African mind and self glaring, the time is now.

The African Igbo Calendar is an actual calendar with precise mathematical calculations, and also an educational tool that teaches about Africa's prowess in Leadership, Science, Culture, Art, Religion, Great Empires, and Civilizations. Get it now! 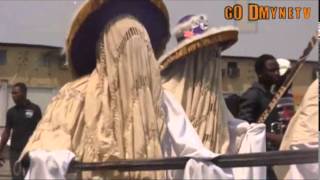